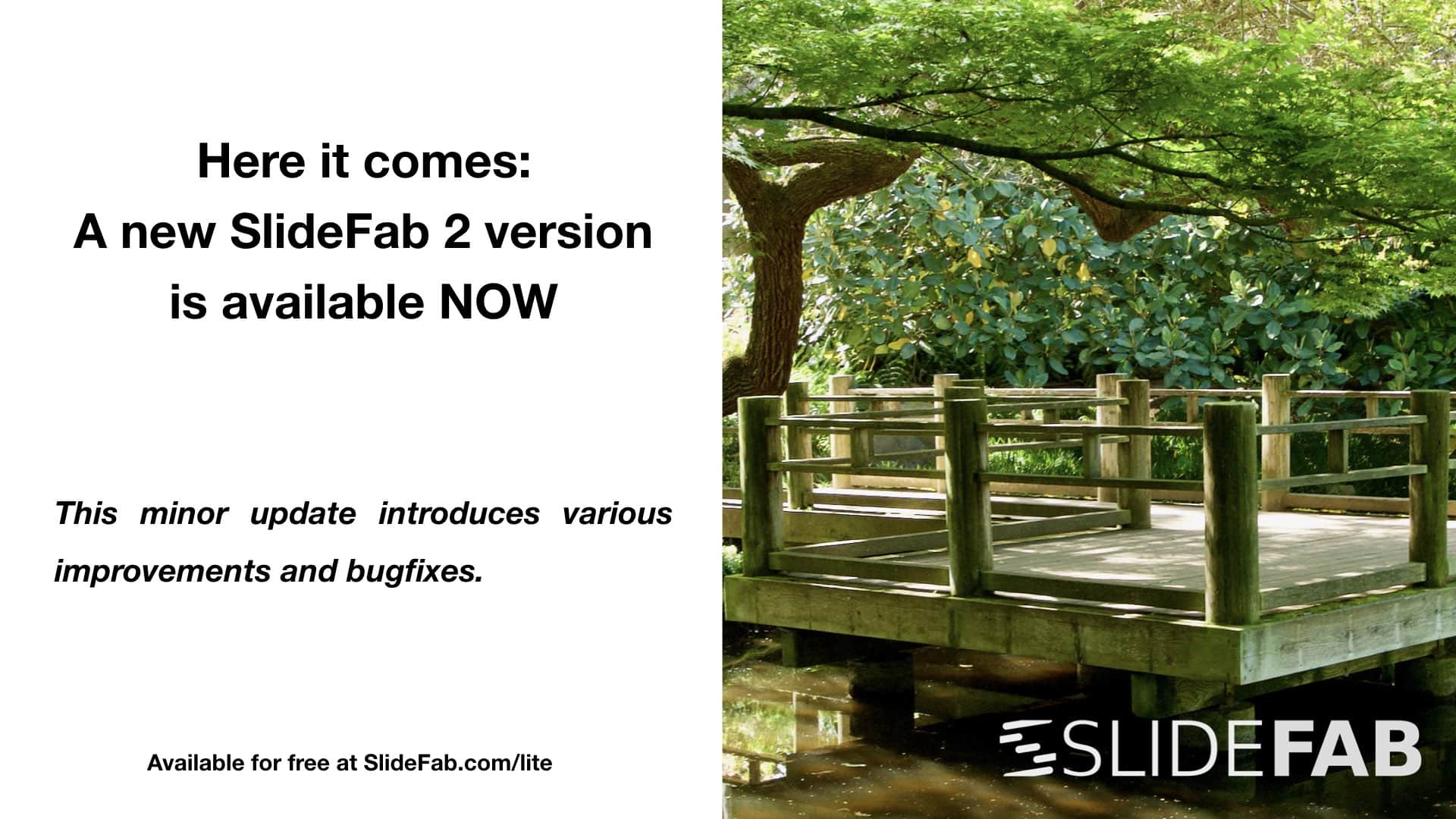 SlideFab 2 version 7.1 is available now. It brings a few bug fixes to improve performance and stability.

SlideFab will update automatically, if enabled. And of course, you can download its new files over here.