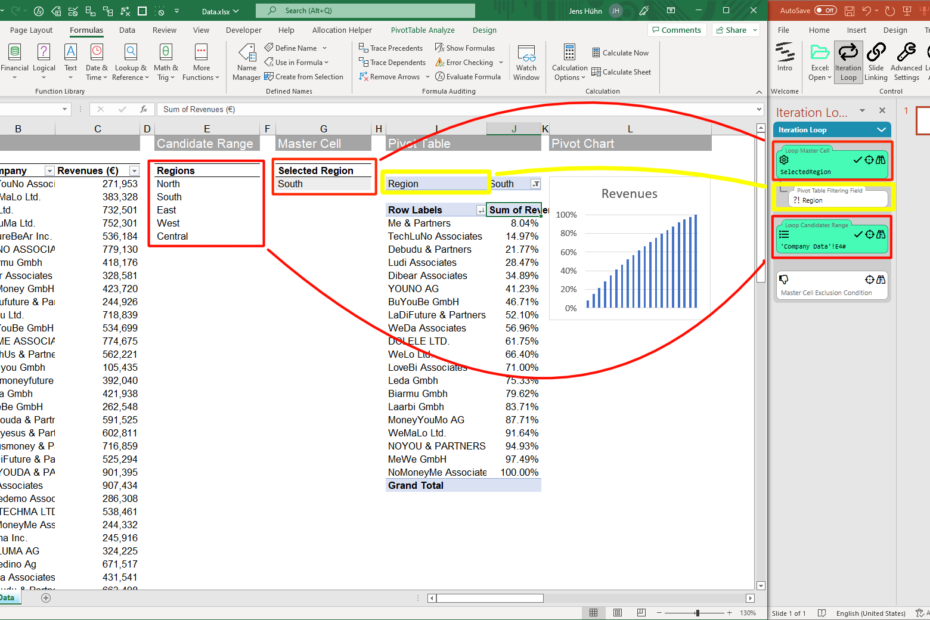 SlideFab 2 version 7.0 adds a small new feature which is a great leap forward for building simple Excel models: A new feature to filter pivot tables. With this it is possible to avoid VBA coding to change the pivot filter, like it was used in this old blog post for creating category trees. And this new feature also removes the need to write aggregating formulas for all those, who did not use the VBA snippet in the first place.

This means that it is much simpler to mass produce PowerPoint slides based with Excel charts, when these charts are Excel pivot table charts, which automatically change when the filtering is changed.