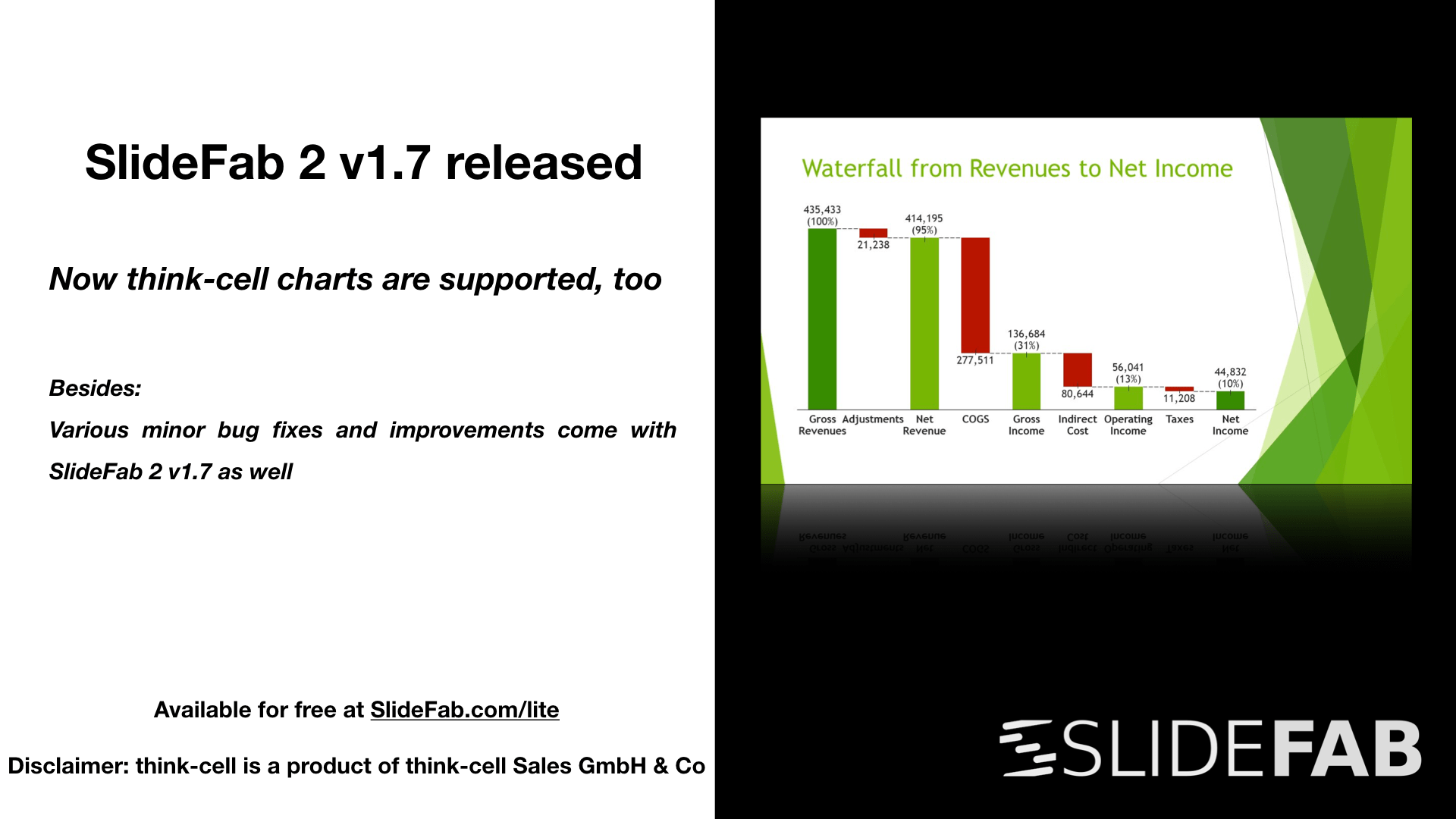 SlideFab 2 v1.7 brings not many updates but for fans of think-cell a significant one: When a PowerPoint template slide contains one or more Excel-linked think-cell charts, SlideFab will allow the chart update and break the Excel links for the output slides. In this way the output slides will contain real think-cell charts (not just mere screenshots or so) which can be fine-tuned or altered when required. Further information about how this works can be found in the documentation.

think-cell is a product of think-cell Sales GmbH & Co.