Mass Producing Excel Charts to Powerpoint gets easier with all new SlideFab 2 v1.5 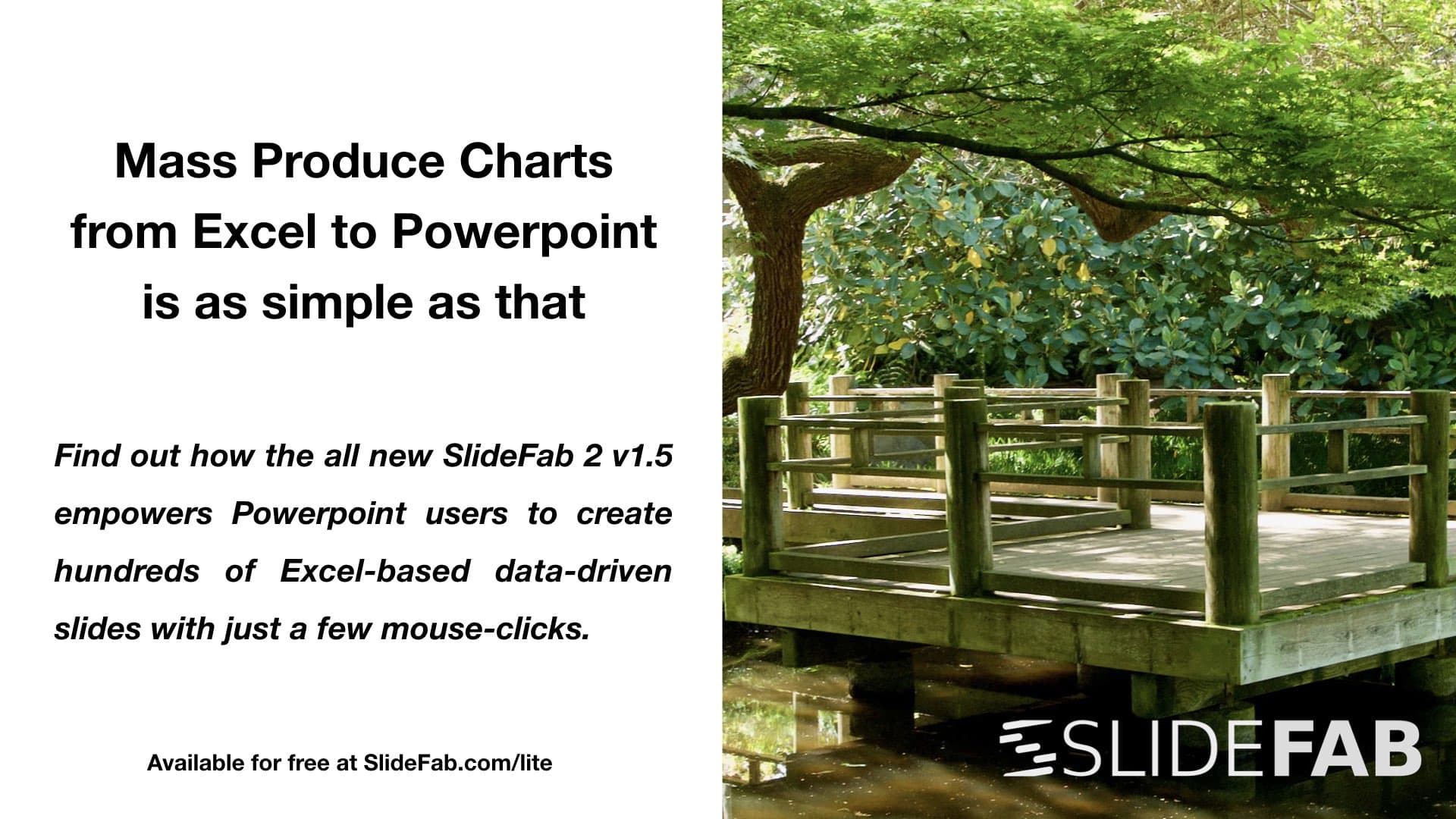 SlideFab 2 v1.5 comes with the great new feature to automate Excel-to-Powerpoint linked charts. This is a great addition to the existing SlideFab 2 features which can copy charts from Excel to Powerpoint as image and to update the data in Powerpoint charts. Of course, this feature is also supported in the all free SlideFab 2 LITE edition.

MINOR UPDATE 10th January, 2019: A new installer was made available as the old SSL certificate had expired.